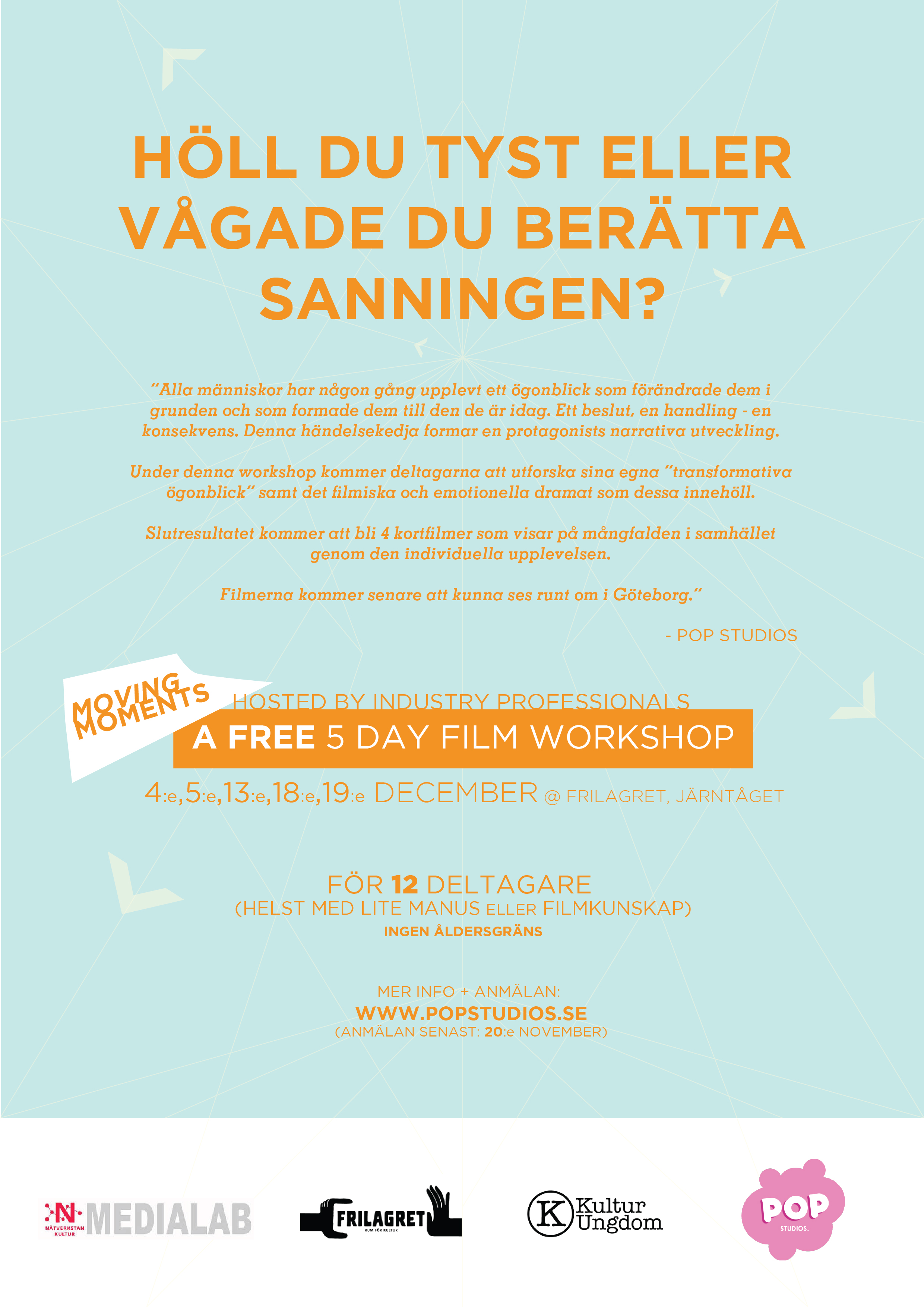 THE TRIP (WORK IN PROGRESS)

Moving Moments #1 was the initial project of Pop Studios, focused on integration within the Swedish city of Gothenburg.  The result was a 5 day workshop with 12 participants, working in 3 groups of four, centring around the theme of ‘conflict’.

Workshops were held in Frilagret and included days with industry professionals, where the participants concepted an idea for a short film and were helped through the idea, writing, scripting, filming and editing process to create 3 films.

The films then had their premier in front of a public audience during the Gothenburg Film Festival.