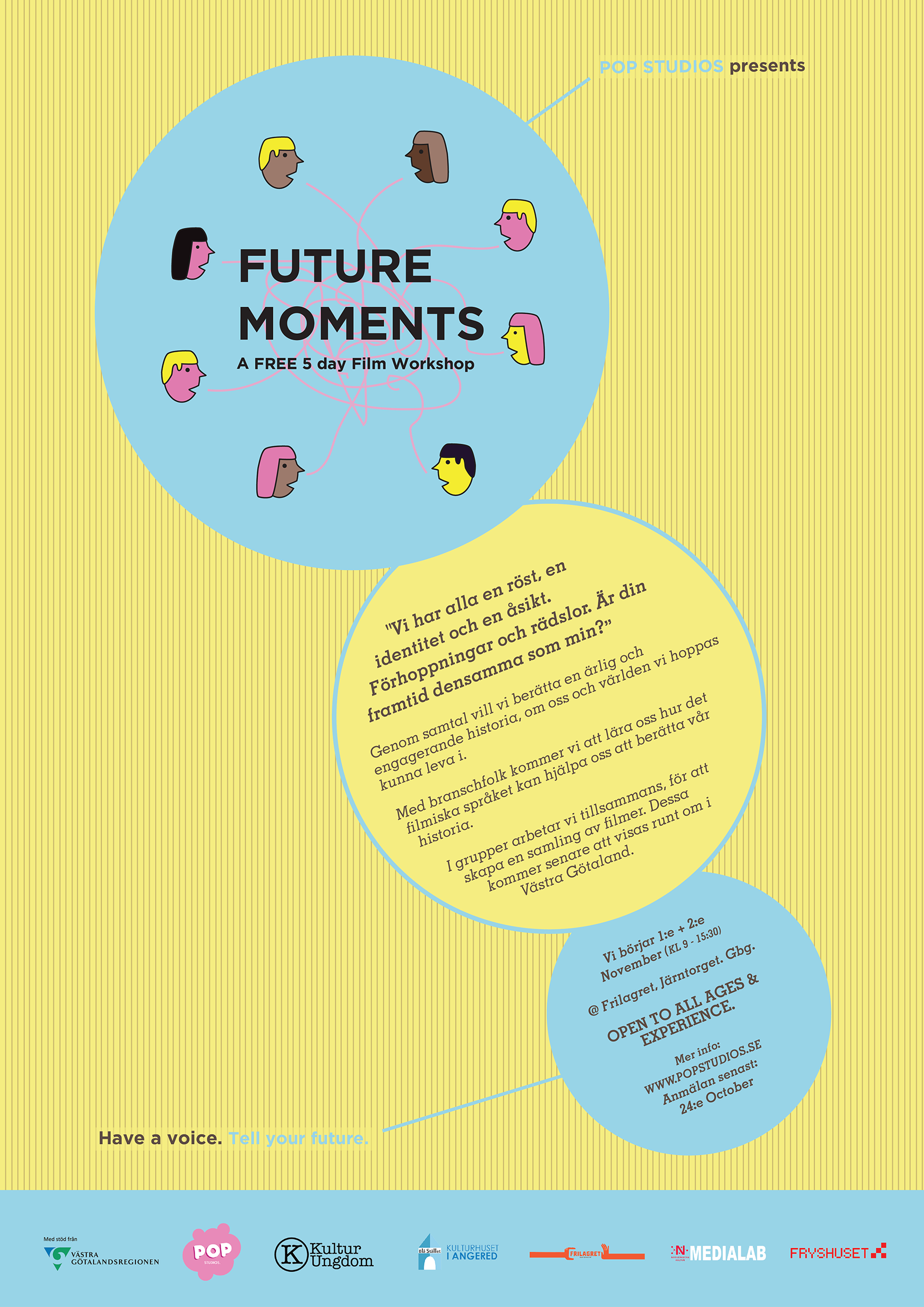 By:  Matias Ruiz-Tagel and Rebeca Hernández

By:  Omar Drubi and Elin Mauritz

”We all have a voice, an identity, an opinion. Hopes and fears. Is your future the same as mine?”

Future Moments was the follow up project to Moving Moments by Pop Studios, focused on integration within the Swedish city of Gothenburg.

Through conversation, the participants were asked to tell an honest and engaging story about us and the world we hope to live in.

The result was a 5 day workshop with 8 participants, working in 2 groups of four.

Workshops were held in Frilagret and Medialab and included days with industry professionals, where the participants concepted an idea for a short film and were helped through the idea, writing, scripting, filming and editing process to create 2 films.